Pilipinasblitz Forever
a column by Bles Carmona
For the week of May 21-27, 2014

May is Mental Health Month

Among the many celebrations we observe during the month of May, few elicit such mixed emotions within people as “May is Mental Health Month” which has been observed for 65 years now, according to the website of Mental Health America, http://www.mentalhealthamerica.net. The theme for May 2014 is “Mind Your Health,” aiming to connect mental health with overall health and wellbeing.
We in the media are encouraged to blog about it, use #mhmonth2014 in our Twitter or Facebook posts, and otherwise get the word out there that mental health issues should not be a source of stigma but of healing and inclusion. The May 2014 “Mind Your Health” goals are:
• To build public recognition about the importance of mental health to overall health and wellness
• To inform people of the ways that the mind and body interact with each other, and
• To provide tips and tools for taking positive actions to protect mental health and promote whole health
Through the media, local events, and health screenings, we want to increase awareness about the body-mind connection and a more holistic perspective in the care and management of the mentally ill.
On the first Saturday of this month, my mother and I attended the “May is Mental Health Month” annual picnic of the Pathways to Wellness Clinic Group at Kennedy Park in Hayward. This is our second year to attend. Like last year, there was a generous spread of food and drinks, especially those yummy barbecued beef hotdogs. There were games for children and adults like the sack race, tug o’ war, and the piñata. Also, most of the young and young at heart like me patiently lined up for the face painting by the friendly and creative artist Joanna. I requested her to paint planets on my right cheek. We also met Joanna last year, when it was my Mom who had her face painted with a Batman-like web, meant to be a bit scary.
If you’re wondering who is which, let me assure you right now: my mother is the caregiver and I am the patient. I have been living with bipolar disorder for half of my life now. I have gone through a lot of personal challenges because of it, and I admit that I will continue to do so for the foreseeable future. I have learned to have the grace to thank the heavens for this mixed blessing, and I have empowered myself and others with this idea: “There is no shame or blame in mental illness.”
Back when I was still living in the Philippines, I established the very first support group in the country for people with manic depressive illness, schizophrenia, and schizoaffective disorder in August of 2000. In effect, my Biopsychosocial Support and Interaction Group (BISIG) was the very first support group in the Philippines for outpatients with mental illnesses. We have formed bonds that last to this day. I am proud to note that most of the current members are doing well on their regimen of medications, doctor’s visits, support group involvement, and of course, their faith in God. I know that the Philippine General Hospital and the Makati Medical Center also have mental health patient support groups which were inspired by BISIG’s pioneering example. If you think that you or your loved one needs to be screened for a mental illness, please seek the advice of a licensed health professional. Remember: no shame or blame.
Now I would like to share with you this piece of flash fiction that I wrote for a contest that required only 300 words per entry. It didn’t win any prize, but let me just put it out there in celebration of the spirit of “May is Mental Health Month.” Enjoy!

Scaling the Tower of Babel
By Blesilda R. Carmona

That’s when the hurting began.

When the rough-textured restraints bit into her wrists, the pain told her where she was. She was in a psychiatric basement somewhere south of Manila. Last night, upon admission, burly orderlies tied her up to the corners of her bed because she was yelling and thrashing. A whole week ago, the hallucinations and delusions began, fueled by lack of sleep.

The young woman heard every single voice weighing in. All of her immediate and extended family members had an opinion. Together, the discordant voices reminded her of the tower of Babel. But it was very quiet inside her head. This is what she knew: her evil powers had destroyed the world in a fiery apocalypse and dinosaurs had begun walking the earth again. This is what she believed: her sin is dabbling in the occult and she is being punished by a cruel god. She was at a loss to fully explain why she is having a psychotic break again. As someone with bipolar disorder, she had been regularly taking her medications and seeing her doctor. Now she realized that despite her due diligence, shit can still happen. And that hurts.

Above the disorderly din of the voices around her, it was quiet inside her head. But what her family heard were her tortured screams. They rushed her to the hospital last night. Today, her psychiatrist told the nurse to release the cloth restraints. The young woman felt free, flexing and moving her wrists and ankles. She knows that she’s not out of the woods yet. But her psychiatrist’s presence and soothing words really encouraged her. The young woman sighed and told herself that she has no choice but to get well and try again.

That’s when the healing began. 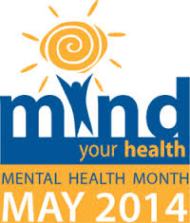