YOUR HOROSCOPE BY BLES CARMONA

ARIES (Mar 21-Apr 19) This week could mark the start of new friendships or something more. Ask for help if you need it. Weekly mantra: I need help from time to time.

TAURUS (Apr 20-May 20) One of your long-held dreams may come true this week. Never mind how: just be thankful that it did! Weekly mantra: My subconscious powers my success.

GEMINI (May 21-June 20) This week, the Sun enters your sign, Gemini. The focus on the next 4 weeks is the enhancement of your health and personality. Happy birth month, all you Gemini-born! Weekly mantra: I gladly celebrate my Solar Return!

CANCER (June 21-July 22) You don’t want to be reined in. You want to be free to explore wide open spaces. This week is the time to do it. Weekly mantra: I value my freedom to roam.

LEO (July 23-Aug 22) Things may be going at a faster pace than usual this week. It’s a good thing that you’re usually good at organization. Weekly mantra: I take the time to be centered.

VIRGO (Aug 23-Sept 22) How to win friends and impress people seem to be the theme of your week. If there’s a problem to be solved, you’d want to do it. Weekly mantra: I am a part of the solution, not the problem.

LIBRA (Sept 23-Oct 22) You are more tolerant and understanding of others because of the things you’re finding out about yourself. Carry on. Weekly mantra: I act with compassion.

SCORPIO (Oct 23-Nov 21) Replace a negative mindset with more energy and enthusiasm. Act like you’re already feeling the emotions, and then you will. Weekly mantra: I monitor my mind.

SAGITTARIUS (Nov 22-Dec 21) You’ve always been eager to learn and discover. This is the week to do it when other responsibilities have been attended to. Weekly mantra: I work then play.

CAPRICORN (Dec 22-Jan 19) Good things happen this week regarding competitions and rivalry Conserve your energy. Weekly mantra: I know that the best person will win.

AQUARIUS (Jan 20-Feb 18) Being selfish is definitely out-of-character behavior for you. Your partner may be wanting to have a word with you so get to it. Weekly mantra: I am attuned.

PISCES (Feb 19-Mar 20) Even if not everything goes according to plan, at least strive for some inner equanimity. Don’t get upset. Weekly mantra: I accept and give thanks.

A MEDITATION ON BEAUTY: THE NEW MOON/SOLAR ECLIPSE IN TAURUS

So many celestial events have recently been writing their scripts across the heavens. We had the Full Moon and Total Lunar Eclipse in Aries-Libra last April 15, which basically highlights the polarity between issues of individuality versus partnerships. We then had the Cardinal Grand Cross exact at 13 degrees last April 22-23, so imagine a cross with the following planets and signs at 90 degrees apart from each other: Uranus in Aries, Jupiter in Cancer, Mars in Libra, and Pluto in Capricorn. This is one powerful transit. Almost every other astrologer of note had something to say about this Grand Cross, usually on the dire gloomy side. The most lenient interpretations basically say that individuals will be making a lot of major changes in their lives, so we’d better consciously make them now rather than being forced to do so later. However, I like how Margaret Gray, MSW, D. Psych. Astrol. explained it during her lecture for the San Francisco Astrological Society (SFAS) last April 24: This configuration is that of a crucible where we can burn the non-essentials in order to get into the very heart of ourselves, our inner essence, our inner beauty. In effect, it is about loving and taking care of ourselves.

Even if we are no longer under the period when all these aspects are exact, we can expect to feel the effects of these transits for months to come, depending of course on the layout of our own individual birth charts. Some people are more sensitive to these planetary movements than others, but even the most oblivious of us can feel some sort of unrest: either excitement or lethargy, during these major heavenly happenings. Being familiar with your natal chart with the help of a professional astrologer could be an option that you may consider so that these transits don’t simply blindside you. Alternately, you can self-study astrology and discover the riches and utility of this metaphysical language. Simply put, astrology is one option or tool you can use to delve into the workings of your psyche.

By the time this issue comes out, depending on where we are situated in the world, we would already have witnessed the Annular Solar Eclipse on April 28, 2014. “Annular” refers to the “ring of fire” that forms around the outline of the Moon since by position, it cannot fully cover the bigger luminary from our point of view here on Earth. Another useful fact to remember, according to the most recent blog entry (“In the Stars April 27-May 4, 2014…shining light on the astrology of the week”) of Cathy Coleman, Ph.D., our East-West astrologer and Education Director of the National Council for Geocosmic Research-San Francisco chapter (NCGR-SF), quoting Lynda Hill (www.sabiansymbols.com), “Solar eclipses always happen on a new moon, lunar eclipses on a full moon.” Dr. Coleman further says that the message of this Annular Solar Eclipse is “to look inward and adapt to changing circumstances. Eclipses can deliver surprises – and within a 3-month period on either side, not necessarily on the day of the eclipse.”

Ms. Nora Jean Stone, publicity director of SFAS, regularly shares her astrological blog finds on the group page. One such precious resource she found was www.leahwhitehorse.com, in which Leah Whitehorse also shares her thoughts about the annular solar eclipse. She reasons out that since this new moon is in fertile, creative earth sign Taurus, whose ruler is Venus, then this period is about meditating on what you value. However, contrary to what we perceive as our “valuables,” like money and possessions, Whitehorse writes, “What is truly valuable is you. You are a flower of creation. It’s not about what we own or think of as ‘ours.’ The eclipse may reveal that nothing truly belongs to us – except for ourselves and within that is true beauty.”

So on that meditation on true beauty, let me segue to an event I attended with Edna and Joe at 130 Wheeler Hall in UC Berkeley: the MAGANDA MAGAZINE launch reception and open mic. “Maganda,” as we Fil-Ams know, means “beautiful” in Tagalog. This magazine is the labor of love of a dedicated group of Pilipino-American UC Berkeley students (they prefer to spell it as ‘Pilipino’ rather than ‘Filipino’). It comes out once a year, so this launch is for Maganda Magazine’s 27th issue which is about “Community.” My writer-activist friend from Napa, Ms. Glynda Velasco, was the one who forwarded the call for submissions to me early this year but by March, I assumed that what I submitted was not accepted for publication since I haven’t heard from them at all. However, I did hear from the Maganda literary editor Nicole Arca by early April, and the piece to be published was my very first column here on this newspaper but adapted to Maganda’s “community” theme. The title of my feature article is: “So What’s Your Pilipino Lightworker Name?” Like I told my San Pedro (Laguna) Elementary School classmate Joon P. Domanais on Facebook, I invented this system of Lightworker names so that we can get in touch with that part of us who are instruments of the gods in our Pilipino pantheon, and thus empowered to be miracle workers in our world. In this current world of X-Men and other beings with superpowers, I want us Pilipinos to be reminded that we are powerful, too, as long as we use that power for doing good. 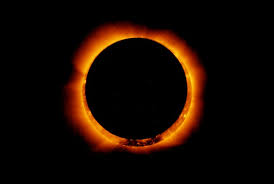 During that Maganda Magazine launch, talented UC Berkeley students and other community members performed slam poetry, danced, sang, projected multimedia presentations, read parts of their novels-in-progress – all proudly reveling in our common heritage of a borrowed language but original sentiments – yes, straight from their young vulnerable hearts! These young people are so invigorating to watch because they are the future of the brilliant, assertive, and empowered Pilipino-American community in our adopted country. Padayon!